Howard D. Teten was the first FBI Agent to give a profile for the FBI.

Mr. Teten started out as a veteran police officer from the San Leandro Police Department in California, joined the FBI in 1962. He was appointed as an instructor in applied criminology at the old National Police Academy in Washington, D.C. Teten was greatly interested in the offender profiling, and included some of the ideas in his applied criminology course.

He studied under, and was inspired by, Dr. Paul Kirk, the internationally renowned criminalist. The inspiration for his work also included the work of Dr. Hans Gross and Dr. Brussel. Teten met Dr. Brussel and exchanged investigative ideas and psychological strategies in profiling crimes. Although Teten disagreed with Dr. Brussels’ Freudian interpretations, he accepted other principles of his investigative analysis. Teten designed a method for analyzing unknown offenders.  His approach included an understanding of forensic science, medicolegal (pertaining to legal aspects of the practice of medicine), death investigations, and psychiatric knowledge, which became the corner stone of Teten’s investigative skills, and shaped his approach to criminal profiling.

He’d looked at the behavioral manifestations at a crime scene for evidence of aberrant mental disorders and other personality traits and then used that information to make deductions.

Teten initiated his criminal profiling program in 1970 for the Bureau. Later that same year, Teten gave his first profile as an FBI agent in Amarillo, Texas.

In 1972, the Federal Bureau of Investigation opened the new FBI Academy in Quantico, Virginia. It was also the year the FBI’s Behavioral Science Unit (BSU) at Quantico was formed with Teten joining FBI Instructor Patrick J. Mullany‘s team.

Teten and Mullany designed a method for analyzing perpetrators in unsolved cases. Their ideas on offender profiling were tested when a seven-year-old girl was abducted from a Rocky Mountains campsite in Montana. In the early hours of the morning, the offender overpowered the girl sleeping in a tent near her parents. When an intensive search for the missing child failed, the case was referred to the FBI.

Teten, Mullany, and Col. Robert K. Ressler employed their criminal investigative analysis technique to track down the unknown perpetrator. Their profile declared that the abductor was most likely a young, white, male, homicidal Peeping Tom; a sex killer who mutilates his victim after death and sometimes takes body parts as souvenirs.

The profile led to the arrest of David Meirhofer, a local 23-year-old single man who was also a suspect in another murder case. The search of his house unearthed “souvenirs” (body parts taken from both victims). Meirhofer was the first serial killer caught with the aid of the FBI’s new investigative technique, called criminal profiling.

Neither Teten nor Mullany, the formative minds behind early criminal profiling techniques used by the FBI, ever headed the Behavioral Science Unit.

I have the utmost respect for the law enforcement profession. These professionals see horrible images of what human beings can do to one another. They see mankind at their worst on a daily bases. They work hard to find new ways of protecting families and communities. Imagine what our world would look like if we didn’t have them.

Hey an idea for another book just popped into my mind!

Psychiatry is a branch of medicine that deals with the diagnosis and the treatment of mental disorders. A forensic psychiatrist specializes in the legal aspects of mental illness. Dr. Brussel’s method included the diagnosis of unknown offender’s mental disorders from their crime scenes.  He would infer the characteristics of an unknown offender by comparing their criminal behavior to his own experience with the behavior of patients who shared similar disorders. Up until this time it had been historically uncommon for psychiatrist to apply their expertise to investigative matters.

Dr. James A. Brussel of Greenwich Village, New York is considered by many to have advanced the investigative thinking behind the criminal profiling process. 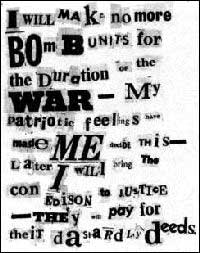 Letter sent to the media from the Mad Bomber.
Picture courtesy of trutv.com

Dr. Brussel studied photographs of the crime scenes and analyzed the so-called “mad bomber’s” mail to the press. Soon he came up with a detailed description of the offender.

In his profile, Dr. Brussel suggested that the unknown offender would be a heavy middle-aged man who was unmarried, but perhaps living with a sibling. Moreover, the offender would be a skilled mechanic from Connecticut, who was a Roman Catholic immigrant and, while having an obsessional love for his mother, would harbour a hatred for his father. Brussel noted that the offender had a personal vendetta against Consolidated Edison, the city’s power company; the first bomb targeted its 67th Street headquarters. Dr. Brussel also mentioned to the police that, upon the offender’s discovery, the “chances are he will be wearing a double-breasted suit. Buttoned.”

From his profile, it was obvious to the police that the mysterious bomber would be a disgruntled current or unhappy former employee of Con Ed. The profile helped police to track down George Metesky in Waterbury, Connecticut; he had worked for Con Ed in the 1930s. He was arrested in January 1957 and confessed immediately. The police found Brussel’s profile most accurate when they met the heavy, single, Catholic, and foreign-born Metesky. When the police told him to get dressed ( He was in his pajamas) he went to his bedroom and returned wearing a double-breasted suit, fully buttoned, just as Dr. Brussel had predicted.

Dr. Brussel assisted New York City police from 1957 to 1972 and profiled many crimes, including murder. Dr. Brussel also worked with other investigative agencies. Brussel’s profile led the Boston Police to the apprehension of Albert DeSalvo, the notorious serial sex murderer known as the Boston Strangler. The media dubbed Dr. Brussel as “Sherlock Holmes of the Couch”.

Main building of the University of Graz

Criminologist: A professional who studies crime, criminals. and criminal behavior. Criminologist are involved in the documentation of factual information about criminality and the development of theories to help explain those facts.

Hans Gross was an Austrian criminal jurist (legal expert in science/law) and an examining magistrate. He is believed to be the creator of the field of criminalities.  He taught as a professor at the Chernivtsi University, Prague University and the University of Graz, and established the Institute of Criminology in Graz.

The release of his book in 1891, “Handbuch fur Untersuchungsricter als System Der Kriminalistik” and in 1907 the English version of the same book was released called, Criminal Investigations, a Practical Textbook for Magistrates, Police Officers, and Lawyers. It was this book where the term “criminalistics” was coined.

1893 is marked as the birth of the field of criminalities, applying science to the practices of crime investigation and law. The work combined in one system fields of knowledge that had not been previously integrated, and could be successfully used against crime. Gross adapted some fields to the needs of criminal investigation, such as crime scene photography.

Gross has been said to be the founding father of modern criminal profiling. He wrote about the value of carefully studying offender behavior.  Gross offered various methods for profiling the behavior of murderers, arsonists, thieves, counterfeiters, and females falsely reporting rape. He figured out the importance of the offender’s motives (modus operandi) could help solve a crime.

Gross gained my respect when I read his insights females murders. He was the first to include them as suspects.

He also founded and edited the Archive for Criminology. In 1912, Gross opened the Imperial Criminological Institute at the University of Graz, the first of its kind. He considered it a major accomplishment in having criminology recognized as a serious academic discipline.

The Hans Gross Criminological Museum, also part of the university, is still open today. Gross was an advocate of professional ethics, objectivity, careful inspection of the evidence, use of the scientific method, and accurate crime reconstruction. It was his life’s work to professionalized the investigation of crime.

“Fiction is obliged to stick to possibilities…truth isn’t.”  Mark Twain.

Did you know…The FBI doesn’t actually have employees with the job title FBI profiler?

However, special agents at the National Center for the Analysis of Violent Crime (NCAVC)  is located at Federal Bureau of Investigation, Training Division, FBI Academy, Behavioral Science Unit- Quantico, Virginia,  do construct profiles of unknown offenders. It is a job of investigation and research—a job of inductive and deductive reasoning; crime-solving experience; and knowledge of criminal behavior, facts, and statistical probabilities.

The truth is Criminal Profiling is multidisciplinary practice. Its history comes from the study of criminal behavior (criminology), the study of mental illness (psychology and psychiatry), and the examination of psychical evidence (forensic science).

The first publication on criminal profiling was, The Malleus Maleficarum (The Witches’ Hammer).  This was published in 1486 as a professional manual for witch hunters.  It was used as a guide for Spanish Inquisition, to assist in the identification, prosecution and punishment for witches.

Men in the  History of Criminal Profiling Cesare Lombroso an Italian physician is generally thought of as the first criminologists. He studied 383 Italian prisoners and compared information on race, age, sex, physical characteristics, education and geographic region. Lombroso reasoned that criminal behaviors could be understood and predicated.  In 1876 he published a book called; The Criminal Man and suggested there were three types of criminals:

Insane criminals-who suffered from mental and/or physical illness and deficiencies.

Criminaloids- The larger general class of offenders without specific characteristics. They were not afflicted by a recognizable mental disorder, but their mental and emotional make-up predisposed them to criminal behavior. Lombroso theory of criminal anthropology had 18 point characteristics indicative of a born criminal.

These 18 points all associate with the biology of a man’s face and body types. Lombroso felt, based on his research, he could recognize the psychical features that he had correlated with criminality. And thus criminology was born. (Turvey, 2005). 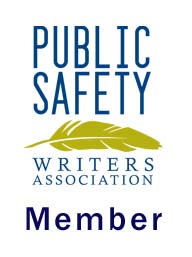 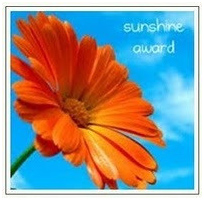 About me About This Site FBI Mental Health Profiling Serial Killers Sociopath, Psychopath and the Anti-Social Personality The History of Criminal Profiling Traveling Travels Uncategorized Writing

80,094 spam blocked by Akismet
Ramblings of a 50 something year old

The random thoughts of a Newfoundland author

A Writer’s Guide to Words:

my journey thru M.E.

The stepping stones of life with M.E./C.F.S

Ramblings of an Eclectic Mind

Inside the mind of MissMap

the art of Angel Laveaux

WRITER OF FICTION AND NON-FICTION. CREATOR OF JAKE. .

My journey of healing from psychological abuse

psychological abuse is very prevalent in our day and age, though few know how to recognize it

~ a little bit of magic~